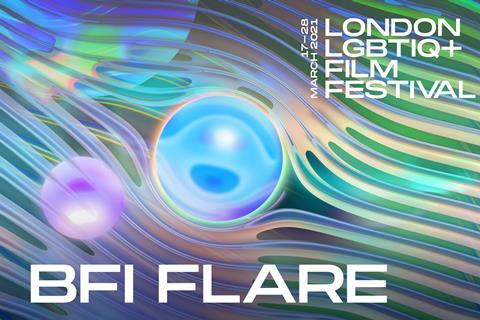 The festival will run as a fully online event with virtual festival premieres available to UK audiences on the BFI Player platform.

The festival has selected 25 feature films which will be announced next month, with the full programme available from February 23.

Films will be available for viewing by ticket holders at any time across the 12 days of the festival, with a four-hour window to start and finish watching the film.

English-language features and shorts will be closed captioned and audio-described.

Three festival strands – Hearts, Bodies and Minds – are retained on the programme. There will also be a free programme of virtual events, including BFI Flare Screen Talks with LGBTIQ+ filmmakers and cast.

The press and industry programme is also moving fully online, and will focus on delegate networking.

The physical part of last year’s BFI Flare was one of the first events to cancel due to the pandemic, withdrawing its physical part just two days before it was due to start and ultimately running as a digital edition.