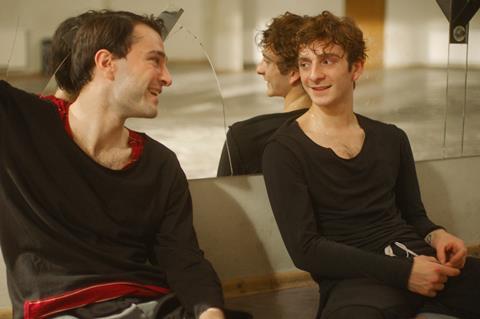 The BFI Flare: London LGBTIQ+ Film Festival is to make a raft of titles and live Q&As available online following its cancellation on Monday due to the coronavirus pandemic.

BFI Flare at Home will host several features and shorts that were due to screen at the festival on BFI Player from March 20-29.

New titles will include Levan Akin’s Cannes award-winner And Then We Danced; Olivier Ducastel and Jacques Martineau’s chamber piece Don’t Look Down; and Daniel Karslake’s documentary For They Know Not What They Do. Other titles are due to be confirmed in the coming days.

BFI Flare will also host live Q&A’s with filmmakers through its social media channels and will offer daily curated programmer recommendations of work from the BFI Player Flare collections.

New shorts under the Five Films For Freedom banner – a leading LGBTIQ+ campaign, now in its sixth year – will roll out over 10 days from Friday (March 20) in partnership with the British Council and will be free to watch on BFI Player during this time.

In addition, the BFI’s existing collection of favourites from previous Flare festivals as well as queer classics and the archive LGBT Britain on Film Collection will also be made available, comprising more than 230 titles.

A special offer for BFI Player’s subscription service will be offered to audiences who had booked for BFI Flare.

BFI director of festivals Tricia Tuttle said: “BFI Flare is a very special and long standing festival with a loyal and dedicated following so when the decision was made to cancel the ‘live’ festival the team knew that they wanted to share some elements of BFI Flare digitally to celebrate the spirit of BFI Flare and the incredible range of LGBTIQ+ stories from talented filmmakers being told in the UK and internationally. We want to bring some of the spirit of Flare into viewers’ living rooms.”

The 34th edition of the festival was set to run from March 18-29 and include more than 50 feature films and 85 shorts, opening with the world premiere of Cicada from writer, director and star Matthew Fifer and Kieran Mulcare, and closing with Second World War romance Summerland, directed by Jessica Swale and starring Gemma Arterton and Gugu Mbatha-Raw.

But the impact on international travel as COVID-19 continues to spread around the world led organisers shuttering this year’s edition. The BFI Southbank complex has also since close its doors.