iQIYI, which reports 10m subs, will host a curated selection of titles from the BFI London Film Festival. 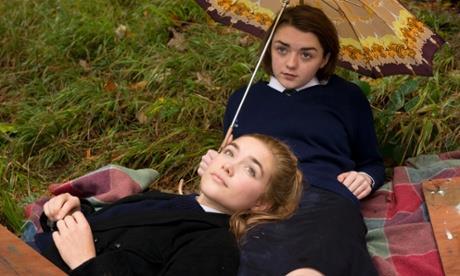 The British Film Institute (BFI) has struck a commercial deal with China’s largest VOD platform iQIYI for the latter to carry a selection of films that have previously premiered at the BFI London Film Festival.

The titles are a mixture of UK independent and world cinema. Terms of the deal were not made available.

The BFI negotiated rights to those 20 titles with sales agents, while the full line-up also includes a further 11 films that had previously struck deals to be on iQIYI but will now become a part of the collection, including Steve McQueen’s Oscar-winning 12 Years A Slave and Lynne Ramsay’s We Need To Talk About Kevin.

There is the potential for further titles to be added to the collection, and the BFI is actively exploring the possibility of forging more partnerships of this ilk around the world, it said.

iQIYI has been busy signing deals with multiple distributors in recent months, including Lionsgate and 20th Century Fox. The service boasts around 10m subscribers.

The full BFI collection on IQIYI:

White Bird in a Blizzard

We are the Best!

Son of a Gun

Up in the Air

We Need to Talk About Kevin

The Possibilities are Endless

Of Time and the City