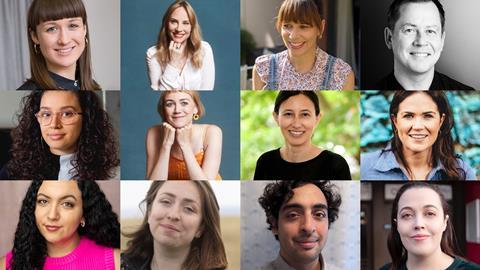 British Film Institute (BFI) Network – a strand of the BFI that exists to discover and support writers, producers and directors at the start of their careers – has named the 12 up-and-coming producers from across the UK who will take part in the six-month professional development programme, Insight, including Screen Rising Star Scotland Reece Cargan and Hoard associate producer Cheri Darbon.

Screen Yorkshire is delivering the training, supported by National Lottery funding and led by CEO Caroline Cooper Charles and senior talent executive Jo Schofield with additional support from a range of industry professionals.

A BFI statement said the programme has “a focus on supporting underrepresented talent, Insight aims to equip producers at a formative stage of their career with the confidence, skills and knowledge to realise their creative ambitious and to build sustainable businesses”.

It will take place as a mixture of in-person, online and hybrid events across the UK, with the cohort also given the opportunity to take part in the European Film Market in Berlin.

“It is vital to develop and train our next generation of producers in order to bring powerful UK-driven stories to the screen. With Insight, we aim to equip this dynamic, diverse and exciting cohort with a comprehensive and 360° understanding of the role of a producer,” said Alice Cabañas.

This is the second edition of Insight, with alumni from the first edition including Douglas Cox, who produced Bifa-nominated Host and Sophie Reynolds produced ITV medical thriller Malpractice.

Cheri Darbon – founder of June & Stella productions, with an interest in internationally-appealing genre films and TV. She is associate producer on Screen Star of Tomorrow 2022 Luna Carmoon’s debut feature Hoard, backed by BBC Film and BFI.

Danielle Goff – produced the ‘Unearthed Narratives’ short film slate with DBK Studios and Sky and is currently development producer on Sky drama series Promise Land. Goff took part in the EIFF Talent Lab in 2022 and is a participant in Disney’s short form incubator programme, Imagine. She is developing a slate of feature film projects that centre on ethnic-minority, working class and queer stories.

Lily Slydel – works in development at Greenacre Films and previously held development and acquisitions roles at financier New Sparta Films and at the BFI. Slydel is currently developing a feature film with Film4.

Naomi Wallwork – produced feature documentary Yellow Is Forbidden, which premiered at Tribeca in 2018 and was New Zealand’s foreign language Oscar submission. In 2023, is aiming to package and finance feature film Standing Up, written by New Zealand comedian Abby Howells.

Dominique Webb – Bafta Elevate producer, who was associate and executive producer on feature Lapwing, and has produced work for Creative England, the BFI, the BBC and Arts Council England. Her East Midlands-based company, Inceptive Films, has a slate of film and TV projects. She is an alumna of EIFF Talent Lab, Creative Enterprise’s Market Trader and Talent Lab Connects and is a masterclass tutor for the BFI Academy.