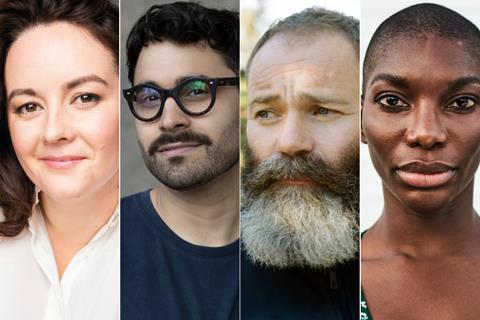 The BFI has revealed the shortlist for the three filmmakers in the running for the IWC Schaffhausen Filmmaker Bursary Award, which grants a £50,000 prize to a UK-based writer, director, or writer-director with a first or second film at the BFI London Film Festival.

The jury will be led by Michaela Coel, the creator and star of HBO/BBC drama series I May Destroy You, who will be joined by BFI chief executive Ben Roberts and IWC Schaffhausen CEO Christoph Grainger-Herr. The winner will be announced at the festival’s virtual awards ceremony on October 18.

Brady’s Irish drama Wildfire marks her feature debut; the film received its world premiere at the Toronto International Film Festival last week. Khan’s widower drama After Love also marks his feature debut and will debut at the LFF, which is going ahead as a hybrid of physical and virtual screenings. Ammonite is Lee’s second feature, after God’s Own Country, and world premiered at Toronto.

Brady and Khan were named Screen Stars of Tomorrow in 2013 and 2015 respectively.

It marks the fifth edition of the award. Previous winners are Hope Dickson Leach for The Levelling, Daniel Kokotajlo for Apostasy, Richard Billingham for Ray & Liz, and Rose Glass for Saint Maud, who won last year’s prize.