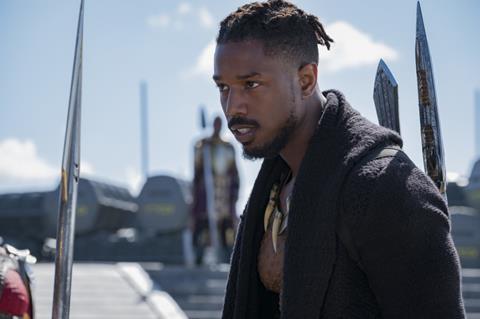 Multi-hyphenate Black Panther co-star Michael B. Jordan’s Outlier Society company has signed a first-look deal for TV series with Amazon Studios, with projects made under the deal to be covered by an inclusion rider.

The rider will stipulate “inclusive and representative hiring for cast and/or crew” on the projects developed and produced for Amazon by Outlier, according to a statement from the companies.

Jordan and Outlier recently signed a first-look film deal with Warner Bros Studios. Under that deal, Jordan is set to produce and star in memoir-based social justice story Just Mercy. Outlier is also working on Second World War feature The Liberators for Warner.

Commenting on the Amazon series deal in a statement, Jordan said: “It’s an exciting moment for Outlier Society. On behalf of myself and president of production, Alana Mayo, we are thrilled to be entering into this partnership with Amazon Studios. In just a few short years they have become home to some of television’s most groundbreaking series and an extraordinary place for talent to create, with a cutting-edge business model that speaks to today’s audiences. Alongside the expert leadership at Amazon Studios, we can’t wait to unveil the fruits of this union.”

Amazon Studios head Jennifer Salke added: “The key to Michael’s success, going back to the beginning of his career, has been his ability to elevate each role he has brought to life, often shattering stereotypes along the way. One of the reasons it’s so exciting to be in business with him, Alana and Outlier Society is because they are part of the new wave of creative talents emphasizing diversity both above and below the line, and using their success to empower others. We can’t wait to bring their vision to a global audience who is hungry for revolutionary, authentic content.”