'Black Zombie', 'The Containment' among Frontières At Fantasia final wave 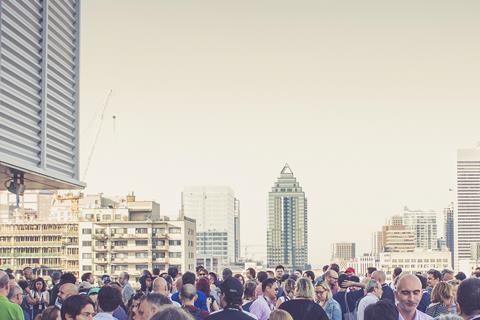 Top brass at Frontières have announced the final wave of projects for the co-production market that runs from July 19-22 in Montreal.

In addition to the 16 projects in the Frontières Platform unveiled in the first wave on the Croisette last month, the second wave features 10 projects.

The new titles from emerging and established directors and producers from North America and Europe include The Containment (Mexico) from Jack Zagha and Yossy Zagha, which is co-presented with the Buenos Aires genre showcase Blood Window, and François Blouin’s A Moment Of Pure Joy (Jusqu’à La Fin) from Canada.

Indigenous filmmakers from Greenland, northern Scandinavia, Nunavut, the Northwest Territories and the Yukon will convene to develop their scripts for the upcoming anthology film Arctic Chills. The Created by Women Pitch Session, presented by Telefilm Canada with Women in Film + Television Vancouver, will include six first feature projects pitched by up and coming female screenwriters and directors from across Canada.

Frontières is organised by the Fantasia International Film Festival, in partnership with the Marché du Film – Festival de Cannes, and is co-funded by the Creative Europe MEDIA programme of the European Union. Frontières 2018 is made possible thanks to Telefilm Canada, Wallimage, the Netherlands Film Fund, and SODEC.

Click here to read the entire second wave of selections.