Blackmagic Design has signed up as the headline partner of the Media Production Show, as support for the two-day exhibition and conference gathers momentum. 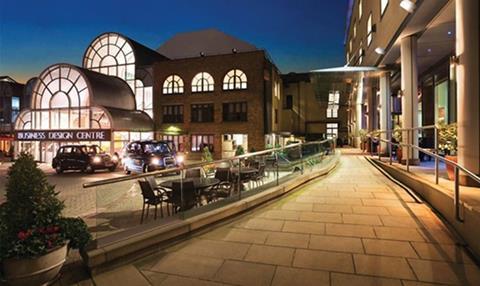 The Media Production Show, which will take place in June next year, will celebrate the industry’s creativity and showcase the services and technology used in all stages of the production process.

Blackmagic will also showcase its range of production and postproduction products on the show floor at the central London event.

Blackmagic director of sales for Europe, the Middle East and Africa Simon Westland said: “One of the key aspects that excites us about the Media Production Show is that it will take place six weeks after NAB.

“It will be a great opportunity for those in the UK to have a first look at what was announced at NAB in Las Vegas, and we are excited that we can make it a focal point of showing our latest products.

“We have worked with MBI on previous events, such as the Production & Post Forum, so we know there will be a high-quality seminar programme. But what is also exciting is that our philosophies are aligned: the show will be about creativity and content production, and in essence that is what Blackmagic is about. We are focused on creative production and removing barriers to creativity by providing affordable and readily available solutions.”

Two new team members have also been recruited to work on the Media Production Show. Former Snell, Sony, Quantel and Panasonic marketing manager Norman Rouse has taken on the role of communications and development manager. Alex Booth, who previously worked for Clarion Events, has been appointed exhibition sales manager.

The Media Production Show is organised by Media Business Insight, the publisher of Broadcast, Screen and Shots magazines.

MBI event director Charlotte Wheeler said: “The commitment from Blackmagic to support the show next year underlines our ambition to make this event truly about creativity. The Blackmagic range of products for all content creators will be an exciting part of the event and we are especially pleased to have their support as our show headline partner.”

The Media Production Show will take place June 9-10 2016 at the Business Design Centre in London. For more information, visit: themediaproductionshow.co.uk