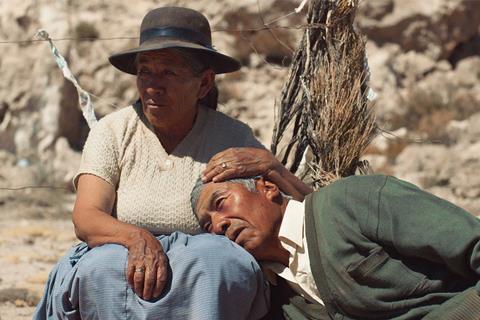 Paris-based sales agency Alpha Violet has scored a series of international deals on Alejandro Loayza Grisi’s Bolivian award-winner Utama, which has the latest stop on its festival tour this week at Karlovy Vary.

Following the theatrical releases, HBO Europe will debut the film in its European territories, including Czech Republic, Poland, Serbia, and Bosnia and Herzegovina.

Previously announced deals include France (Condor) and the US (Kino Lorber).

Grisi is in Karlovy Vary to promote the film, which focuses on an elderly couple in the Bolivian highlands faced with the existential environmental challenge of an uncommonly long drought.

It is playing in the non-competitive Horizons section at Karlovy Vary in the Czech Republic, alongside Cannes 2022 titles such as Aftersun, Close, Corsage, Decision To Leave and Palme d’Or winner Triangle Of Sadness.