Brian Cox to star in 'Churchill'

EXCLUSIVE: Brian Welsh to direct drama about lead up to D-Day landing. 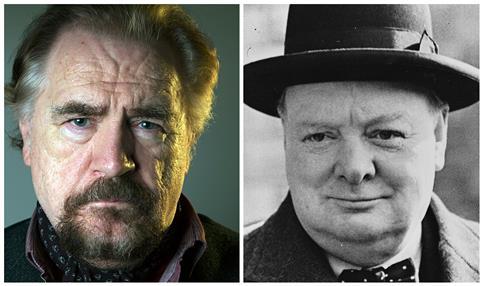 Brian Cox (The Rise Of The Planet Of The Apes) is newly attached to star in Churchill, a UK drama about the build up to the D-Day landings.

Brian Welsh, director of BIFA-winning feature In Our Name and TV series The Escape Artist, will direct historian Alex von Tunzelmann’s script, which is being sold at AFM by Embankment Films.

UK producers Nick Taussig and Paul Van Carter of Salon Pictures produce the story of the tense build up to the D-Day landings and the relationship between British Prime Minister Churchill and his wife Clemmie.

Exhausted by years of war and plagued by depression, the script depicts Churchill as a shadow of the hero who has resisted Hitler’s Blitzkrieg. Should the D-Day landings fail, he is terrified he’ll be remembered as the architect of carnage.

Only the unflinching support of his unflappable wife Clementine can halt the iconic leader’s physical and mental collapse.

Hubbard Casting is currently close to attaching a female lead to play opposite Cox with shoot pencilled in for spring next year. Development support comes from BFI.

Gascoigne and iLL Manors producer Taussig told Screen: “In part due to his painful memory of the Gallipolli campaign during WWI, Churchill was in fact filled with doubts about launching D-Day. This is explored brilliantly in Alex von Tunzelmann’s script, which is fresh and steeped in accurate history.

“Brian Welsh is a young and dynamic director and we really wanted an actor’s actor on board to deliver a big performance so we’re thrilled to have Brian Cox as Churchill.”

The project is one of a number of high-profile feature scripts about Churchill in the market.