Free In Deed, Chapter And Verse, Blue Hollywood to screen at London festival. 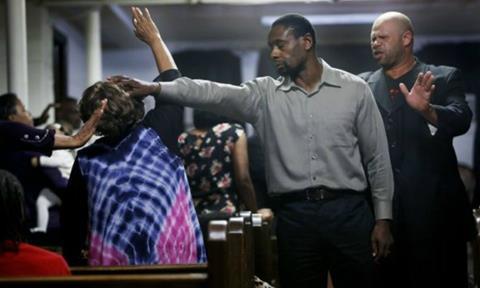 Opening the festival will be writer-director Jake Mahaffy’s Free In Deed [pictured], about a US church pastor with healing powers, which premiered at Venice in 2015. The screening will be followed by a Q&A with star David Harewood.

Further feature film screenings include Jamal Joseph’s Chapter And Verse, about a reformed gang leader in Harlem. Director Joseph (a former Black Panther) and star Daniel Beaty will attend a Q&A after the event.

The festival will also showcase a series of short films and the annual BUFF awards ceremony.

This year, BUFF will be hosted at London’s BT Tower, and the festival has also received backing from the telecommunications giant.