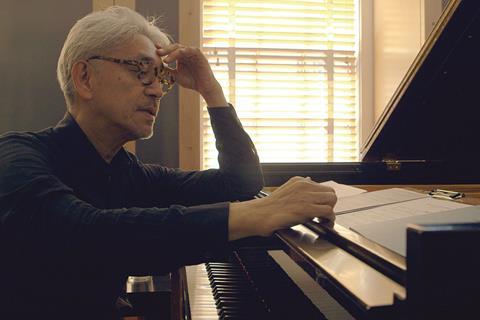 ‘Ryuichi Sakamoto: Coda’, a 2018 documentary about the filmmaker.

His original scores for Bernardo Bertolucci’s The Last Emperor (1986), The Sheltering Sky (1990) and Little Buddha (1993) picked up a slew of awards including at the Oscars, the Grammies, the Golden Globes and Baftas.

Most recently, after a bout with throat cancer, he scored Alejandro Gonzalez Inarritu’s The Revenant (2015) and Hwang Dong-hyuk’s The Fortress (2017).

Commemorating the 40th anniversary of his musical debut, Sakamoto is set to perform at BIFF’s opening ceremony on October 4 at the Busan Cinema Center, where he will be presented with the Asian Filmmaker of the Year Award.

In other BIFF news, the festival also announced that the Asian Film Academy workshop’s dean this year will be Chinese director Lou Ye (Summer Palace, Blind Massage). He will be joined by Malaysian filmmaker Tan Chui Mui (Love Conquers All) as the workshop’s directing mentor, with Polish filmmaker Artur Zurawski (Sultan) as the cinematography mentor.