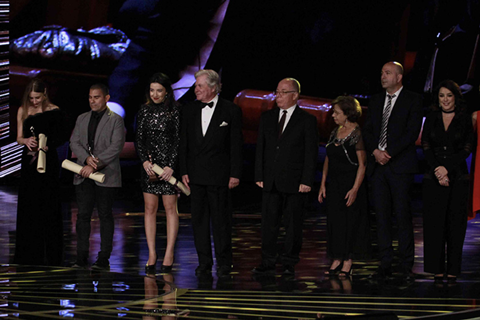 The closing ceremony at the 2017 Cairo Film Festival.

The Cairo International Film Festival (CIFF) will launch a new industry platform called the Cairo Industry Days, in partnership with the Arab Cinema Center, at its 40th edition in November.

They include an expanded version of its existing co-production event the Cairo Film Connection which will showcase up to 15 Arab projects looking for international partners, while a jury will dole out “significant” cash awards and post-production services to winning projects.

The other two key strands comprise the Industry Forum, revolving around discussion panels tackling key issues facing the Arab film world today, and a programme of workshops and masterclasses.

“A festival can no longer be of relevance and benefit to its community without paying special attention to its industry’s professionals,” said CIFF’s recently appointed president Mohamed Hefzy, who is at Cannes this year as one of the producers of Palme d’Or contender Yomeddine.

The Cairo Industry Days programme will be managed by Aliaa Zaky, who was previously project manager on the Enjaaz post-production support program of the now-defunct Dubai International Fim Festival. Maggie Morgan will oversee the Cairo Film Connection.