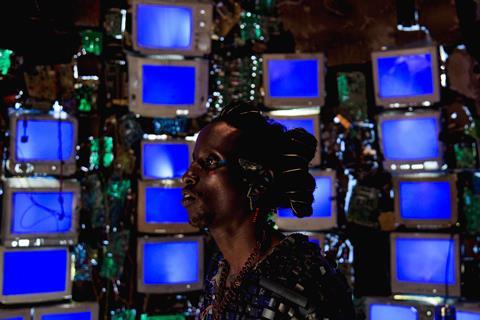 UK distributor Anti-Worlds has acquired UK and Ireland rights to Saul Williams and Anisia Uzeyman’s Afrofuturist musical Neptune Frost from Kino Lorber. The film premiered in Cannes’ Directors Fortnight in 2021 and was nominated for the Queer Palm award.

Set in a Rwandan village made of computer parts, the sci-fi musical follows an intersex African hacker and a coltan miner who, along with their love child, trigger a revolution against the authoritarian regime. The cast is made up of newcomers Elvis Ngabo, Cheryl Isheja and Kaya Free.

The film will be released in cinemas on November 4 in the UK and Ireland. Kino Lorber acquired rights for the rest of the world in December 2021 and recently released the film theatrically in the US.

After Cannes, the film went on to screen at TIFF, Sundance and the New York Film Festival.