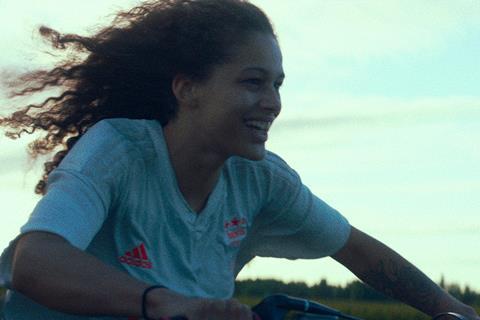 The French feature, set in the world of urban dirt-bike riders, will receive a theatrical release by Curzon later this year or in early 2023.

It marks the feature directorial debut of Quivoron and won the Coup de Coeur du Jury special prize at Cannes in May, where the film received its world premiere in Un Certain Regard.

Newcomer Julie Ledru stars as a young woman intent on entering the male dominated world of dirt-bike racing and urban ‘rodeos’ – illicit gatherings where riders show off their latest daring stunts. She becomes drawn into a volatile clique where she faces a series of escalating demands.

Charles Gillibert produces for CG Cinéma and Quivoron co-wrote the feature with Antonia Buresi, who also appears in the film alongside a cast of newcomers including Yanis Lafki and Louis Sotton

Les Films du Losange will release the film in France and further territories are under negotiation in Eastern Europe, Latin America and Japan.