Okja and The Meyerowitz Stories to stay in competition but Cannes selection regulations to ‘adapt’ in 2018. 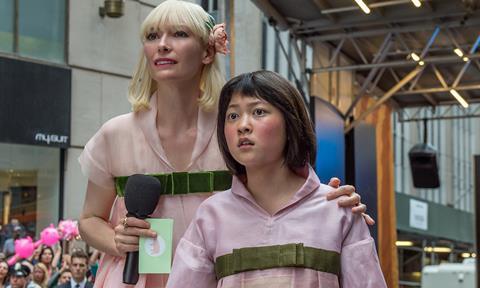 The Cannes Film Festival has responded to rumours that Netflix’s Palme d’Or contenders Okja and The Meyerowitz Stories risked being removed from competition due to pressure from French exhibitors angry that the titles are not guaranteed a theatrical release in France.

“A rumour has recently spread about a possible exclusion from the Official Selection of Noah Baumbach and Bong Joon Ho whose films have been largely financed by Netflix,” the festival said in a statement.

“The Festival de Cannes reiterates that, as announced on April 13th, these two films will be presented in Official Selection and in Competition.”

The festival added, however, that the festival rules would be changed as of 2018 so that all films in competition were guaranteed a French theatrical release.

“The Festival de Cannes is aware of the anxiety aroused by the absence of the release in theatres of those films in France. The Festival de Cannes asked Netflix in vain to accept that these two films could reach the audience of French movie theatres and not only its subscribers. Hence the Festival regrets that no agreement has been reached.

“The Festival is pleased to welcome a new operator which has decided to invest in cinema but wants to reiterate its support to the traditional mode of exhibition of cinema in France and in the world.

“Consequently, and after consulting its members of the board, the festival has decided to adapt its rules to this unseen situation until now: any film that wishes to compete in Competition at Cannes will have to commit itself to being distributed in French movie theatres. This new measure will apply from the 2018 edition of the Festival International du Film de Cannes onwards.”

The Cannes Film Festival statement on Wednesday comes amid persistent rumours that its delegate general Thierry Frémaux has come under considerable pressure to disinvite the titles from competition in recent weeks, in a campaign driven by French exhibitors.

The National Federation of French Cinema (FNCF) has been on the war-path over the inclusion of the Netflix titles ever since it was announced in April, saying the streaming giant’s distribution model, favouring a global digital release over a theatrical launch, runs counter to the ethos of cinema and Cannes.

A handful of Palme d’Or contenders are also rumoured to have threatened to withdraw their works if the Netflix titles remained and Screen International has been told that the behind-the-scenes politicking involved the highest echelons of the French cinema world.

In the backdrop, and perhaps more crucially in the long-run, the inclusion of the Netflix titles has reignited a long-running debate around France’s strict media chronology laws, stipulating a four-month gap between theatrical and VOD releases, and a 36-month window for SVOD.

There are growing divisions between those who want to retain the chronology, on the basis that it underpins the country’s intricate obligations-based film financing system, and other industry professionals who say the Netflix debacle is yet another sign the windows need overhauling to fit the digital age.

In the meantime, it looks like Netflix’s much-heralded arrival in competition at Cannes will be a short-lived, one-year event.

Netflix said in a statement at the end of April that it was exploring ways to theatrically distribute Okja and The Meyerowitz Stories in France but such an offer seemed unworkable to many in the French industry.

If the company were to release Okja theatrically in France at the same time as its scheduled global launch on June 28, the title could not legally play on its French SVOD service until June 2020 under the current chronology legislation.

It is difficult to see how the company can ever meet Cannes’s new theatrical requirement and legally put a film on its French service.

The only route, as of next year, will be for Netflix to forego a French SVOD release, or respect the 36-month gap, by which time the titles in question will have either been pirated in France, forgotten, or both.

In the backdrop, festival watchers are already asking what the knock-on effect of the new Cannes rule will be for other A-list festivals such as the Berlinale, Venice and Toronto.

Some predict it could boost their line-ups, especially those of Venice and Toronto which act as launch-pads for the Oscars, if Netflix continues its advance into cinema but finds itself shut-out of Cannes.