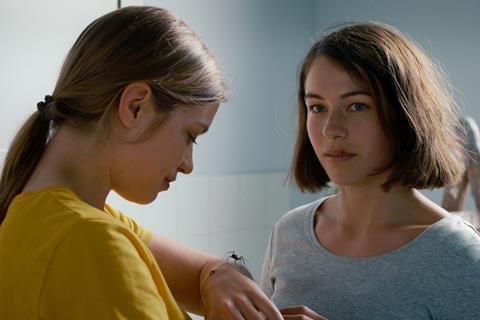 ‘The Girl And The Spider’

Dubai-based world sales company Cercamon has posted first sales for Swiss directors Ramon and Silvan Zücher’s The Girl And The Spider, following its prize-winning debut in the Berlinale’s Encounters section and the European Film Market.

In a deal announced out of the US overnight, Cinema Guild has acquired North American rights.

The film was pre-bought by Salzgeber & Co. Medien and Xenix Filmdistribution for release in Germany and Switzerland respectively.

The German-language feature is the second work in the Zücher brothers’ trilogy about human togetherness which began with the 2013 family drama The Strange Little Cat.

Henriette Confurius and Liliane Amuat lead an ensemble cast as two long-time friends and flatmates whose lives are thrown-up in the air when one of them decides to move out.

Jonathan Musset at Nantes-based Wayna Pitch said the company is planning an October 2021 release. He described the film as “a breath of fresh air for young people and students in this pandemic context”.

The film is produced by Aline Schmid and Adrian Blaser at Geneva-based Beauvoir Films.