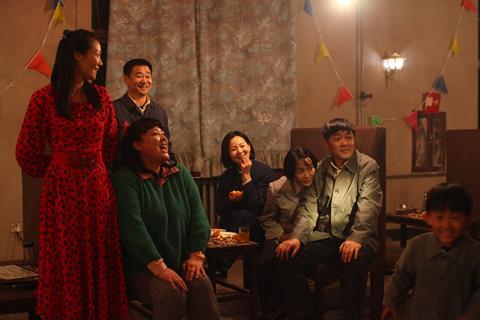 Chinese films dominate the nominations for the Asia Pacific Screen Awards (APSA) which will be held in Brisbane, Australia, on Novemer 21.

Films from 22 countries will be represented at the awards but while the likes of India, Japan and Russia have picked up a handful of nods, Chinese films have more than double that of any other country with 13 nominations across seven features.

Wang Xiaoshuai‘s family drama So Long, My Son has secured a record six nominations, including best feature where it will be up against Bong Joon-ho’s Parasite (Korea), Kantemir Balagov’s Beanpole (Russia), Pema Tseden’s Balloon (China) and Ridham Janve’s The Gold-Laden Sheep and The Sacred Mountain (India).

The best feature category marks the sole nomination for Parasite, which won the Palme d’Or at Cannes and is considered a strong contender for the Oscars.

So Long, My Son debuted at this year’s Berlinale, where it picked up Silver Bears for lead actress Yong Mei and lead actor Wang Jingchun. It follows two married couples, who adjust to the vast social and economic changes taking place in China from the 1980s to the present.

The film, which has screened at Toronto among other festivals, also picked up nominations for director; screenplay for Wang and A Mei; cinematography for Kim Hyunseok; actor Wang Jingchun; and actress Yong Mei.

In the best director category, Wang will be up against Kazakhstan’s Adilkhan Yerzhanov for A Dark, Dark Man, the Philippines’ Lav Diaz for The Halt, Palestine’s Elia Suleiman for It Must Be Heaven, and Thailand’s Anocha Suwichakornpong alongside the U.K.’s Ben Rivers for Krabi, 2562.

Designed to strengthen relationships and generate collaborations between filmmakers across Asia Pacific, the programme will be open to industry professionals and includes a celebration of 100 years of Korean cinema.

Other highlights include a panel exploring cultural diversity and freedom of expression in the region; a focus on central Asian filmmaker Adilkhan Yerzhanov; and an exploration of opportunities between the Australian and Korean screen industries.

There will also be a chance to hear from festival programmers Lydia Ogwang, who works for TIFF, and Paolo Bertolin, who handles programming for Venice and Cannes Critic Week.

Additional sessions include a look at VFX giant Industrial Light and Magic, presented by ILM Singapore’s Luke Hetherington, and a conversation between Australian actors Jack Thompson and David Wenham.

Best Performance By An Actress

Best Performance By An Actor

Cultural Diversity Award Under The Patronage Of Unesco