China’s cinemas sputter back to life with ‘A First Farewell’, rereleases 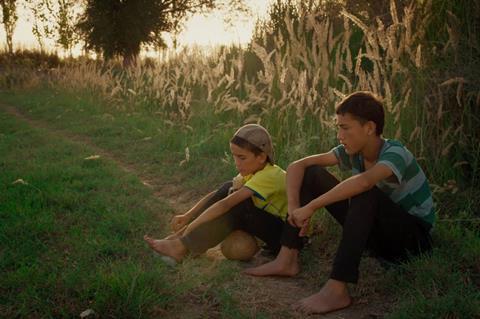 China’s theatrical market showed its first signs of life in nearly six months on Monday (July 20), the day on which authorities finally allowed cinemas to reopen in “low-risk areas” across the country.

Most of the other films opening today are rereleases, including US titles Coco, The Pursuit Of Happyness and A Dog’s Purpose, and local productions Sheep Without A Shepherd, which was playing when cinemas were closed in late January, Wolf Warrior 2, Ne Zha, Goodbye Mr Loser and animation White Snake.

Universal’s Dolittle and Sony’s Bloodshot are both scheduled to open this weekend (July 24), along with imported rereleases Zootopia and Capernaum. Titles scheduled for July 31 include Sonic The Hedgehog, Big Hero 6, and local animation Mr Miao.

China Film Administration (CFA) announced last week that cinemas in low-risk areas could reopen under strict guidelines, including temperature checks, mandatory wearing of face masks for both staff and customers, contactless ticketing and a ban on concessions.

Audience numbers are not to exceed 30% of each screen’s capacity and seating must be arranged with a distance of one metre between each person.

The CFA has also stipulated that individual screenings should not exceed two hours, to allow for extensive cleaning and disinfection between shows, raising questions about the release of Christopher Nolan’s Tenet, which clocks in at two hours and 30 minutes.

China’s cinemas have been closed since January 23, as part of measures to fight the Covid-19 coronavirus, resulting in industry-wide bankruptcies and many cinemas closing permanently.

While some city and provincial governments have recently announced stimulus packages, the sums involved have been too small to rescue many screens. A brief attempt to open some cinemas in March was quickly abandoned after a resurgence of the virus in China’s Eastern provinces.

Beijing cinemas remain closed as the city is still fighting the tail end of a flare-up of the virus that originated in a wholesale food market in mid-June.

In addition to US titles, there’s also a big backlog of Chinese productions waiting for release, including films that were supposed to play over the Chinese New Year holidays in January, such as Boonie Bears: The Wild Life, The Rescue, Vanguard and Detective Chinatown 3. Some of these titles may be reserved for the next big holiday period, China’s National Day, which runs October 1-8 and this year also coincides with Mid-Autumn Festival.

Meanwhile, the closure of Hong Kong cinemas has been extended by another seven days to July 28 as the city battles a “third wave” of Covid-19 infections, after quarantine restrictions were lifted on flight and ship crews. As of today, Hong Kong’s total number of infections has reached 1,886 with 12 deaths.