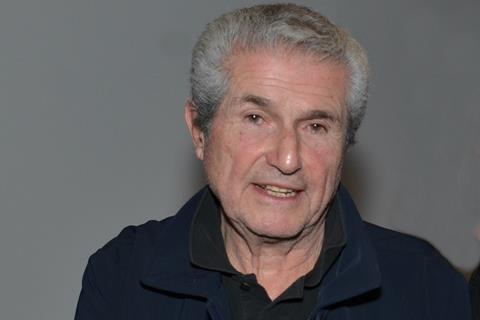 Claude Lelouch, who hits the red carpet today with Out Of Competition title The Best Years Of Life starring Anouk Aimée and Jean-Louis Trintignant, has revealed fresh details about his next film La Vertu De L’Impondérable.

“It’s shot and I head into the editing suite next week to complete it,” Lelouch told Screen.

“It’s a musical comedy and my response to [Damien] Chazelle’s La La Land, which I really loved.”

Lelouch said it arose from his belief suffering can be a life-affirming experience.

“It revolves around an orchestra in a provincial town putting on a performance on a national holiday,” said Lelouch.

The film was shot in Beaune, home to Lelouch’s Les Ateliers du Cinema film school, and features Stéphane De Groodt, Marianne Denicourt, Elsa Zylberstein and Béatrice Dalle as well as pupils from the school who worked in the crew.

Lelouch produced through his Les Films 13 company with Metropolitan Films.