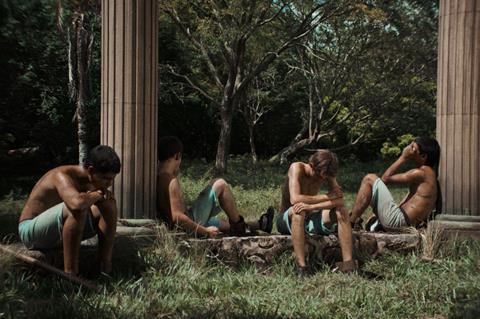 The film revolves around a boy who is sent to an experimental juvenile correction centre in the heart of the Colombian jungle after he commits a crime.

The Colombia-France co-production is Pulido’s first feature after a number of well-travelled shorts including Damiana which premiered in Competition in Cannes in 2017 and El Edén which played in the Berlinale in 2018.

The 61st edition marked incoming Critics’ Weeks artistic director Eva Cahan’s first selection at the helm. The Pack was among seven feature films in competition in the section aimed at first and second features and emerging talent. The compact selection also showed another four features as special screening and 13 short films.

In other jury prizes, UK director Charlotte Wells’s buzzed-about father and daughter tale Aftersun won the inaugural French Touch Prize of the Jury. The €8,000 prize - sponsored by the creative and cultural industries-focused French Touch funding organisation – aims “to shine a light on an act of cinema that features creativity and boldness”.

The Louis Roederer Foundation Rising Star award went to Zelda Samson for her performance in Belgian director Emmanuelle Nicot’s Dalva (Love according to Dalva)as an abused child on the road to recovery.

In other collateral prizes not decided by the main jury, Pulido also won the €4,000 best writer prize of French authors society SACD for the screenplay to The Pack.

The Canal+ award for a short film went to Greek artist-filmmaker Evi Kalogiropoulou’s On Xerxes’ Throne.

The prizes were announced in a ceremony in the Critics’ Week Espace Miramar screening hub, followed by Korean director Jung July’s feminist crime thriller Next Sohee as the closing film.

All the first films in the selection are eligible for Cannes Caméra d’Or aimed at debut features in the parallel sections as well as Official Selection.  Recent Critics’ Week selections to the scoop the prize include Guatemalan director César Diaz’s Our Mothers in 2019 and Columbian director César Augusto Acevedo’s Land And Shade in 2015.