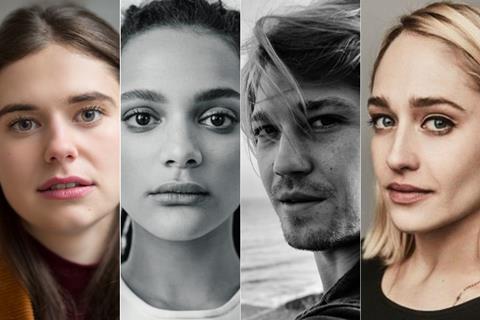 Irish newcomer Alison Oliver has been cast as the star of Conversations With Friends, the upcoming UK drama series from the creative team behind Normal People for the BBC and Hulu.

Dublin and London-based Element Pictures is producing the 12-part adaptation of Sally Rooney’s book of the same name. Lenny Abrahamson, who directed the first six episodes of Normal People, will direct alongside Leanne Welham. another former UK Screen Star of Tomorrow. Endeavor Content handles worldwide TV sales, and struck the US deal with Hulu.

The story follows 21-year-old college student, played by Oliver, as she navigates a series of testing relationships. Lane will play her ex-girlfriend, now best friend, while Kirke takes on the role of an older writer who is fascinated by the duo. Alwyn will play Melissa’s husband, with whom Frances begins an affair.

Filming will take place this year in Dublin, Belfast and international locations yet to be confirmed.

Alice Birch will serve as lead writer along with Mark O’Halloran, Meadhbh McHugh, and Susan Soon He Stanton.