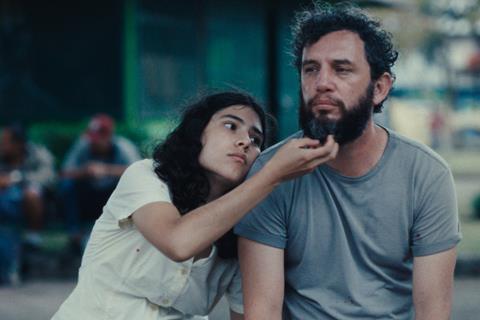 ‘I Have Electric Dreams’

Costa Rican director Valentina Maurel’s I Have Electric Dreams has won the best film prize at the International Film Festival of India (IFFI), which ran from November 20-28.

The French, Belgian and Costa Rican co-production, which premiered in Locarno, is a coming-of-age story that follows a teenager’s relationship with her estranged father. World sales are handled by Greece’s Heretic.

Greek drama Behind the Haystacks by Asimina Proedrou won best debut feature film of a director, after picking up a raft of awards at Thessaloniki International Film Festival this month, while Filipino director Lav Diaz collected the special jury award for When The Waves Are Gone.

During the closing ceremony, India’s union minister for information and broadcasting Anurag Thakur said, “IFFI not only entertained but also educated us. IFFI refined our senses. IFFI opened up a nuanced world of cinema for audiences across the region, both young and old. Our goal is to build an enriching filming ecosystem in India and a future-ready industry.”

However, the awards were overshadowed by a speech made by Israeli filmmaker Nadav Lapid who – as jury chief of IFFI’s international competition – said the selection of Vivek Agnihotri’s The Kashmir Files was “inappropriate for an artistic competitive section of such a prestigious film festival,” and labelled the divisive Hindi-language film as “a propaganda, vulgar movie”.

The jury board has since distanced itself from Lapid’s comments, which sparked a major backlash on social media and saw Israel’s ambassador to India, Naor Gilon, issue an apology to the festival.

Best Film: I Have Electric Dreams

Best Debut Feature Film of a Director: Asimina Proedrou’s Behind the Haystacks

Special Jury Award: Lav Diaz, When The Waves Are Gone