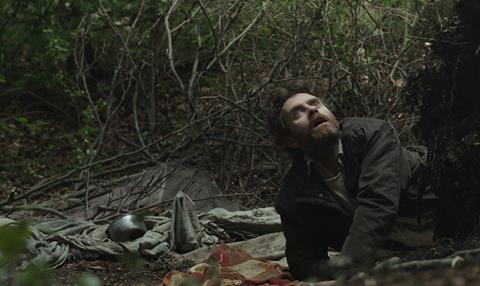 Tom Geens’ Couple In A Hole has won at hat-trick of awards including best film at the 26th Dinard British Film Festival (Sept 30–Oct 4) .

The film took home the Golden Hitchock awards for best film and best screenplay as well as the Hitchcock of the public, the festival’s audience award.

Couple In The Hole stars Kate Dickie and Paul Higgins as a couple who, after suffering a tragedy, begin living in solitude in a cave in the woods.

Zorana Piggott produced the film for 011 Productions/Chicken Factory, in co-production with Belgium’s A Private View and France’s Les Enrages. Verve Pictures are handling the film’s UK distribution while Paradiso Filmed Entertainment is distributing in Benelux.

A special mention was given to Departure, Andrew Steggall’s feature debut which focuses on a dysfunctional family as they attempt to sell their holiday home in France. The film stars Alex Lawther, Juliet Stevenson and Phénix Brossard.

The Heartbeat award was given to Andrew Haigh’s 45 Years, starring Charlotte Rampling and Tom Courtenay who picked up acting prizes at the Berlinale in February.

Sam-Southward’s animation, After The End, triumphed in the short film category.

As previously announced, the honorary Hitchcock was presented to writer Hanif Kureishi.

The other films that screened in in competition included Just Jim, Kill Your Friends, The Violators and American Hero.