The Cinema and Television Benevolent Fund (CTBF), the industry-supporting charity that has been in operation for some 90 years, is relaunching as the ‘Film & Television Charity’ as it plots a “new mission” to better assist film workers. 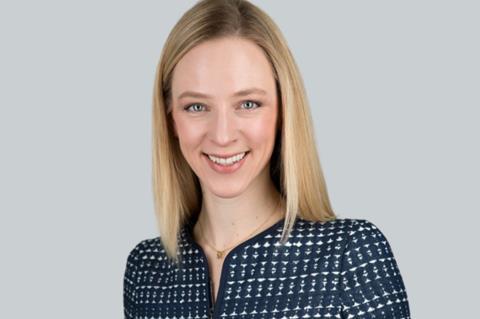 At an event held at Bafta in London today, the organisation will outline its vision for the ongoing support of film professionals.

The two key initiatives are a new travel fund, Going Places, which will be a UK-wide scheme offering to cover travel expenses for training, interviews and pitches, and the previously announced film & TV support line, a 24/7 confidential phone service that will provide advice to workers dealing with problems ranging from bullying and harassment to mental health concerns, bereavement, addiction and substance abuse.

“We’re relaunching because we’ve got a new mission to support the well-being of all those who work within the film, television, and cinema sectors,” said Alex Pumfrey, who has been in her position as the organisation’s chief executive for a little under six months.

“We’re radically looking to increase our reach and our impact, the charity currently helps around 600 individuals a year” says Pumfrey. She says it has “the potential to do much more” as it reacts to challenges currently facing the sector, including the culture of sexual misconduct, as well as concerns around mental health. “There’s very little support there for anyone at the moment,” she comments.

The Film & TV support line will be staffed by professionals from helpline specialists Connect Assist. Pumfrey explains that the initiative is designed to combat “what a tough and lonely place the film industry can be”, particularly for freelancers. “In many ways it [the film industry] is a wonderful place to work. People love the sector, but there’s a strong sense that at the end of the day you’re on your own,” she adds.

Pumfrey says that she would “love to see the phone line number visible everywhere you look in the industry, on the bottom of every call sheet”, and the charity will be working with all of its industry partners to establish that - a number are already buying into the idea. The line will be active from April.

Alongside bullying and harassment, Pumfrey also wants to highlight issues that are currently not as widely spoken about, “My feeling is that there are a whole number of quite underreported issues within the sector, depression being one of them, but I’m sure there are more. We have seen how insidious and widespread harassment is. The energy going into bullying and harassment can be a useful catalyst for thinking about what else might be going on that we should collectively be aware of as well.”

Alongside the newly-launched initiatives, the Film & Television Charity is also exploring the possibility of making an impact at a more grassroots level.

“For example, it would be great to be able to speak to students at the National Film and Television School just as they’re about to enter the sector, to talk to them about how they can look after their wellbeing during their careers,” says Pumfrey. “We’d love to be able to connect with them really early on and then stay with them all the way through their time in the sector.”

“The new strategy that we’re pursuing now is about how we can expand the support we offer to people from the moment they join the industry all the way through their careers,” adds Pumfrey.

Also key for the charity going forward will be making sure it reaches people of all backgrounds. “Making sure that system can reach the right people is crucial. Clearly we will need to do a lot of work to raise the profile of the charity to get ourselves known and out there. We need to do a lot more with grassroots organisations to make sure we can access all of those who need our help and particularly those who need it most, who may not actually know of us or come to us,” comments Pumfrey.

The increased level of work undertaken by the charity will come with a cost, but Pumfrey insists that the organisation is well funded. “We have the resources. We have the reserves that give us a foundation to deliver growth, which is a great position to be in.”

The charity will also be making hires to help with the increased workload, including two new director posts that will be announced shortly.