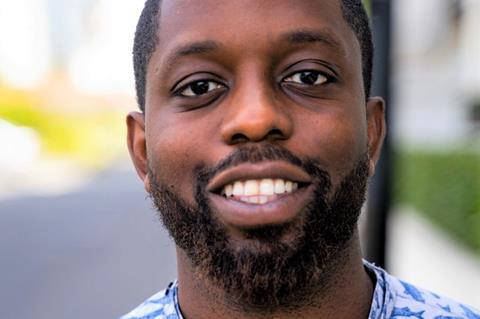 Netflix has landed rights to adapt Femi Fadugba’s debut YA novel The Upper World into a feature with Daniel Kaluuya on board to star and produce.

London-set The Upper World is the first in a planned series of novels and Penguin UK and HarperCollins US are expected to publish the book in mid-2021/early 2022, respectively.

Producer Eric Newman brought the book to Netflix. Screen Arcade’s Newman and Bryan Unkeless will produce through their first-look deal with the streamer, alongside Kaluuya. of Togo-born, British-Nigerian Fadugba (pictured) will serve as executive producer.

The Upper World centres on Esso, a 16-year-old caught in a deadly feud and on the verge of expulsion from school when he discovers he has a gift and can access a world where he can see glimpses of the past and the future.

A generation away, Rhia is walking to football practice in 2035, unaware that the mysterious stranger she’s about to meet desperately needs her help to avert a bullet fired 15 years ago.

Fadugba explains Esso’s powers using physics and earned a Master’s degree from Oxford University where he published in Quantum Physics and was a Thouron scholar at UPenn. He previously worked in consulting and in solar energy.