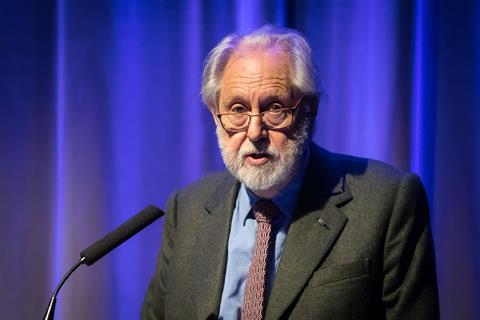 David Puttnam has stepped down from his role of producer on Arctic 30, a drama about controversial oil exploration in Arctic waters, to chair a House of Lords special committee on ‘Democracy and Digital Technology’.

The committee will research opportunities offered and threats posed to democracy by the digital sector.

Iain Smith will take over from Puttnam as lead producer on Arctic 30 with production scheduled for February or March 2020 in Iceland, following the country’s winter. Icelandic director Baltasar Kormakur is confirmed to direct the feature, shooting at his RVK Studios in Reykjavik.

Further location work will take place in Poland and London.

Hani Farsi is also producing Arctic 30 for his Corniche Pictures, and has been funding pre-production.

The majority of financing for a budget in the $25-30m range is in place, with the remainder to come by the start of next year, according to Smith.

The film is based on Ben Stewart’s non-fiction book Don’t Trust, Don’t Fear, Don’t Beg: The Extraordinary Story Of The Arctic Thirty, about the attempt by 30 Greenpeace activists to protest Russian oil exploration in Arctic waters in 2013.

A first screenplay was written by Emma Thompson; it has subsequently been through several new versions, with a final draft in the works.

The production is searching for its key cast, which will have an international spread; it is an ensemble piece, with a number of women as key protagonists.

Speaking to Screen, Smith described it as “a great feminist story… about commitment and personal journey in the face of great odds.”

“Because the story is so closely linked to Greenpeace, we have always had to work with their sensitivities in telling the story.”

Puttnam will retain a producer credit on the film. Smith said he “will still be there as a presence on the movie”, keeping in touch throughout the process.

Smith was a location manager on Puttnam’s 1981 Oscar-winning title Chariots Of Fire, and has associate producer credits alongside Puttnam as producer on films including 1983’s Local Hero and 1984’s The Killing Fields.  He has produced features including 1997’s Seven Years In Tibet and 2006’s Children Of Men.

First announced in 2015, Arctic 30 was to be Puttnam’s return to film production following a lengthy hiatus. His last producer credit was on Hugh Hudson’s post-World War I comedy drama My Life So Far in 1999.

Puttnam described the advance of digital technology as “the most immediate threat facing western democracy”, saying that he has been writing about and pursuing it in Parliament for 20 years.