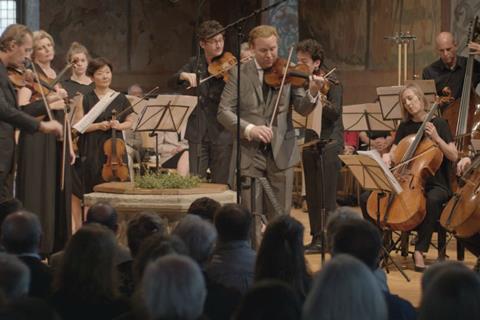 ‘Daniel Hope: The Sound Of Life’

Global cinema event service Demand Film has picked up theatrical rights for all English-speaking territories to the feature documentary Daniel Hope: The Sound Of Life from mindjazz pictures international.

Nahuel Lopez’s portrait of one of the world’s eminent violinists was premiered as a special screening at last year’s Zurich Film Festival.

Commenting on the deal with Demand Film, mindjazz’s Head of Theatrical Distribution and International Sales Alessandro Lombardo suggested that “the theatrical exploitation in these territories will be a chance for the documentary to find distributors which will be keen on acquiring all other rights, such as TV, DVD and VOD, or for other territories.”

In addition, he revealed that another mindjazz title, Thomas Binn’s long-term documentary Me & You – Inclusive Schooling, will be having its market premiere at this year’s EFM.