Disney Investor Day 2020: all the films and series announced 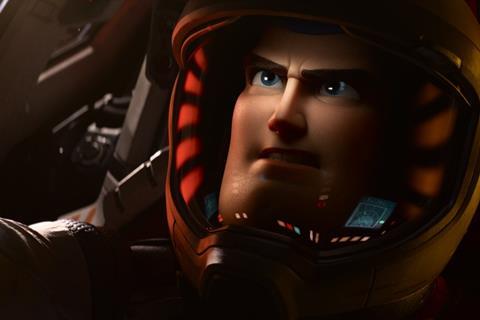 The four-hour presentation made it clear that the fast-growing Disney+ platform is front and centre to The Walt Disney Company CEO Bob Chapek’s thinking – a philosophy he inherited from Disney executive chairman Bob Iger, who had made it his mandate to establish the streaming platform before he stepped aside.

Disney hierarchy announced 100 titles on Thursday – 63 series and 42 films, 80% of which will launch first on direct-to-consumer platforms. The plan is to add around 100 new titles each year across the various Disney divisions. Disney CFO Christine McCarthy said the company expects to spend $8-$9bn on Disney+ content in fiscal 2024, by when the service was forecast to reach profitability.

Yet there are major tentpoles headed for theatrical release. “We had $13bn of box office last year and that’s obviously not something to sneeze at,” said Chapek, adding, “We know as The Walt Disney Company we’ve got this plethora of franchises… and we built those franchises… For us it’s about balance. It’s about following the consumer as they make that transition.”

Among other things, the marathon session revealed that Patty Jenkins will become the first women to direct a Star Wars film – Rogue Squadron – and name-checked two limited series for National Geographic produced by Darren Aronofsky that put Thor star Chris Hemsworth to the physical test in Limitless and bring out the daredevil in Will Smith in Welcome To Earth (working title).

A Marvel Studios segment presented by Kevin Feige revealed that John Watts (Spider-Man: Homecoming) will direct the Fantastic Four reboot, tackling a fan favourite that has failed to take off in previous incarnations.

Feige added that Christian Bale will play the villain Gorr the God Butcher in Thor: Love And Thunder that starts production next month. The Marvel Studios head paid tribute to the late Chadwick Boseman and said his role in Black Panther will not be recast, and added that Ryan Coogler was working on the sequel that will explore the world of Wakanda.

Chapek said Disney+ subscriptions had soared to 86.8m since launch in November 2019. He added that Disney’s suite of direct-to-consumer platforms had drawn 137m subscribers and were forecast to reach 300-350m by fiscal 2024.

The full slate of projects announced by Walt Disney Studios divisions and Disney General Entertainment Group’s National Geographic and Disney Television Studios for Disney+ appear below. The list does not include series programming from ESPN, FX and Hulu.

Obi-Wan Kenobi: set 10 years after events in Star Wars: Revenge Of The Sith, the series will star Ewan McGregor with Hayden Christensen returning as Darth Vader, and is scheduled to start production in March 2021;
Rangers Of The New Republic from Jon Favreau and Dave Filoni, set in the Mandalorian era;
Ahsoka from Jon Favreau and Dave Filoni, set in the Mandalorian era, and based on the character Ahsoka Tano;
Andor: a spy thriller created by Tony Gilroy that started production in London two weeks ago. The cast includes Diego Luna, Stellan Skarsgaard, Genevieve O’Reilly, and Fiona Shaw;
Star Wars: The Bad Batch: an animated series;
Star Wars: Visions; an anime anthology;
Lando, created by Justin Simien;
The Acolyte: a mystery thriller from Leslye Headland set in the final days of the High Republic era;
A Droid Story; and
Willow: as previously announced, Lucasfilm is revisiting the property created by George Lucas, with Warwick Davis returning in the title role. Set to commence shooting in Wales in March 2021, to debut in 2022.

A Star Wars feature by Taika Waititi;
Rogue Squadron: Patty Jenkins to direct next feature in the Star Wars universe, set to open December 2023;
Indiana Jones: the next instalment of the franchise starring Harrison Ford and directed by James Mangold is in pre-production for a late spring 2021 start, and is scheduled to open in July 2022 and
Children Of Blood & Bone based on Tomi Adeyemi’s novel about a young African girl’s quest to restore magic to her people, the Maji. Lucasfilm will partner with 20th Century Studios.

Hocus Pocus 2 to be directed by Adam Shankman;
Three Men And A Baby reboot with Zac Efron to be released on Disney+ in 2022;
Safety, a drama about a college American Football player premiering on Disney+ on December 11;
Cheaper By The Dozen with Kenya Barris and Gabrielle Union;
Flora & Ulysses; and
Sister Act: a revisit film starring Whoopi Goldberg, who will produce with Tyler Perry.

Greek Freak, about NBA star Giannis Antetokounmpo; and
Projects on NFL players Keanon Lowe, with Dwayne Johnson among the producers, and Chris Paul.

Diary Of A Wimpy Kid;
The Ice Age Adventures Of Buck Wild starring Simon Pegg and set to debut on Disney+ in early 2022; and
Night At The Museum: an animated version of the family adventure series produced by franchise director Shawn Levy, due on Disney+ in 2021.

Encanto, a feature set in Colombia with songs by Lin-Manuel Miranda, scheduled to open theatrically in November 2021; and
Raya And The Last Dragon will debut day-and-date on Disney+ Premier Access and theatrically in March 2021.

The first animated series produced by WDAS, which will also debut on Disney+:

Baymax: from creator of Big Hero 6 – due early 2022;
Zootopia+: short-form series – due spring 2022;
Tiana;
Moana, The Series – due 2023; and
Iwájú, to be produced in collaboration with pan-African comic book company Kugali.

Director Domee Shi’s Turning Red – due March 11, 2022; and
Lightyear, a Buzz Lightyear origin story to be voiced by Chris Evans – due to open theatrically on June 17, 2022.

Luca, previously announced and scheduled for theatrical release on June 18, 2021.

Additional details were revealed on previously announced Disney+ series, including:

Feature Soul and short Burrow, both debuting on Disney+ on December 25, 2020.

Guardians Of The Galaxy Holiday Special.

Ant-Man And The Wasp: Quantumania: Paul Rudd, Evangeline Lilly, Michael Douglas, and Michelle Pfeiffer are joined by Kathryn Newton as Cassie Lang and Jonathan Majors as Kang the Conqueror; and
Fantastic Four to be directed by Jon Watts (Spider:Man - Homecoming).

In development is Percy Jackson And The Olympians.

Disney Television Studios is currently in production on four live-action series set to debut on Disney+ in 2021:

Limitless With Chris Hemsworth; and
Welcome To Earth (working title) featuring Will Smith.

Cousteau: a documentary film to debut in theatres before Disney+

Documentary series Secrets Of The Whales directed by James Cameron and narrated by Sigourney Weaver;
A Real Bug’s Life; and
America The Beautiful.