Disney pushes ‘Indiana Jones 5’ back a year to summer 2023 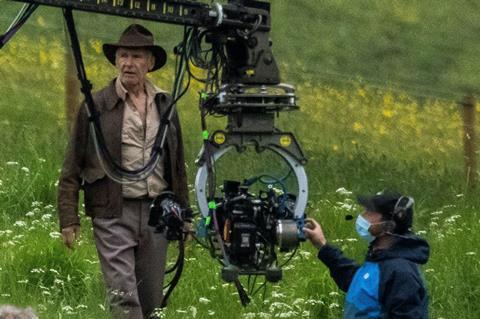 Disney has shuffled its release calendar and moved a number of key tentpoles with the biggest change reserved for the fifth Indiana Jones film which moves from July 29 2022 to June 30 2023.

It is understood the moves are due to production and timing matters and each film is being lined up for exclusive theatrical releases. Harrison Ford suffered minor injury during filming over the summer and has since returned to production. The new schedule means Indiana Jones 5 directed by James Mangold will now open over the July Fourth holiday weekend.

There is plenty of tinkering with the Marvel Studios schedule which sees Sam Raimi’s Doctor Strange In The Multiverse Of Madness pushed from March 25 2022 to open the summer on May 6 2022, Taika Waititi’s Thor: Love And Thunder from May 6 2022 to July 8 2022 while Ryan Coogler’s Black Panther: Wakanda Forever moves from July 8 2022 to November 11 2022.