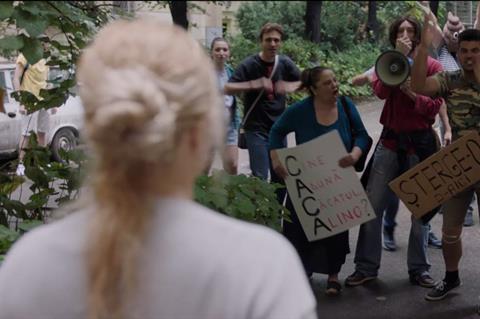 The film is a social satire inspired by the real case of a woman shamed online when she refuses to clean the mess her dog has made on a car. The incident is filmed, goes viral and the woman’s life takes an unwelcome turn.

The acting prizes went to Soheil Ghannadan for his role in Noushin Meraji’s Iranian drama The Son, while Andreea Gramosteanu picked up best actress for #Dogpoopgirl.

The jury members for both competitions were all in Moscow for the hybrid festival this week that saw all the films screen in physical cinemas to socially-distanced audiences. Filmmakers joined online if they were unable to travel to Moscow.