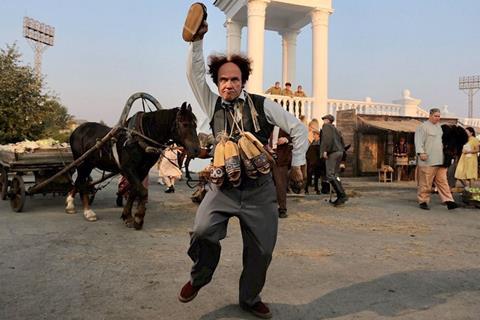 The Moscow International Film Festival (MIFF) is welcoming Russian cinephiles, filmmakers and industry executives in person this week to what is one of Europe’s first (almost) fully physical events to take place during the pandemic.

The 43rd edition of the Moscow film festival is running from April 22 –April 29. The festival aims to provide a platform for international films into the Russian market and to bring Russian films to international attention. There are two main international competitions – for features and documentaries.

Working closely with the chairman of selection committee Andrey Plakhov’s name and also MIFF president Nikita Mikhalkov, Festival programme director Kirill Razlogov and the event team have worked hard to ensure the festival will go ahead entirely in cinemas. Cinemas in Moscow are now open with Covid measures in place.

“The main challenge has been with bringing people to Moscow, there was no challenge with getting films,” Razlogov says of pulling the festival together at a time of limited international travel. “Moscow’s promise of a cinema experience for the films boosted our allure.”

The festival is also hosting online screenings and events for those filmmakers unable to overcome travel bans or quarantine requirements.

Socially-distanced screenings are taking place at the festival’s main hub of the Oktyabr cinema centre and at the festival’s other venues, including one of Moscow’s most famous cinemas, the recently refurbished Art Theater (Khudozhestvenny) on Arbat Square. Audiences are required to wear masks and gloves and screening rooms will be at 50% capacity.

This year’s festival opens with the world premiere of Timur Bekmambetov and Sergey Trofimov’s WWII thriller Devyataev, based on the true story of a Soviet Union fighter pilot Mikhail Devyataev captured by the Nazis in 1944.  Trofimov is the regular cinematographer on Bekmambetov’s films.

The closing film is the European premiere of The Cafe Of My Memories from Finnish filmmaker Valto Baltzar. The France-Finland co-production details a love story between a Finnish worker and a French teacher who arrives in Helsinki for work. Razlogov expects Trofimov to attend and anticipates inviting French Embassy representatives and various French cultural institutions in Moscow.

Although the festival estimates just 40% of the usual number of international guests are able to attend this year’s edition, they include a good number of filmmakers from the main competition with Popovic, Villaronga and Meraji among them.

“We received special permission from the Ministry of Foreign Affairs to invite filmmakers, if their countries are allowing them to travel to Moscow,” says Razlogov. Russia does not require any international visitor to quarantine unless they are UK citizens or arriving from the UK.

“The Moscow film destival does what it has always done: Showing films that are difficult to get to see [for Russian audiences],” Razlogov says

“They come down hard on films with explicit language content,” Razlogov explains. However, the festival is able to take advantage of a special dispensation from the censors for film festivals in Russia. “We are permitted to show the film without a censorship permit. But dirty words are forbidden by law in Russia. We will show it the best way we can.”