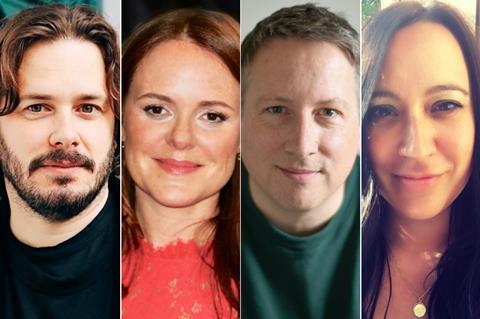 Complete Fiction is presently in post on Wright’s Last Night In Soho, produced with Working Title Films for Focus Features and Film4, as well as Wright’s untitled feature documentary about the band Sparks which it produced with MRC.

“This new chapter with Complete Fiction is something I have wanted to embark on for a while now,” said Wright. “Nira has been my producer for more than 20 years, but we, along with our amazing team of long-time friends and collaborators, still share the same drive to bring original stories to the screen.

”Complete Fiction will be a dynamic hub for passionate creatives – somewhere they can feel nurtured and protected. I’ve been lucky enough to always have this team around me who have advocated for my voice and vision as a filmmaker, and I’m excited to bring new stories into the world and be part of making that happen for the next generation.”

“There is so much scope to originate and be genuinely creative in both film and television, and that is more important than ever right now,” added Park. “A huge motivating factor in forming this new company is the chance to work with the writers and directors that inspire us across all mediums.”

Park founded Big Talk in 1995, going on to produce a string of successful comedies directed by Wright including Shaun Of The Dead, Hot Fuzz, The World’s End, and Scott Pilgrim Vs. The World.

Big Talk also produced Cornish’s 2011 directorial debut Attack The Block and sophomore feature The Kid Who Would Be King, released last year; while Prior was head of development at the company. Her role at the new company is head of film and television.

Park left Big Talk in August 2018. The company is run by chief executive Kenton Allen and managing director Matthew Justice, who both joined in 2008.