The fashion house documentary has been snapped up in Russia, Italy and Benelux among other territories. 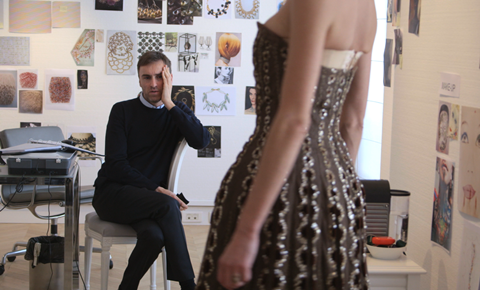 UK outfit Dogwoof has revealed a string of international sales deals for Dior and I by Frederic Tcheng, the co-director of Diana Vreeland: The Eye Has to Travel.

The deals were brokered by Ana Vicente on behalf of Dogwoof and further sales deals are expected to be finalised at the European Film Market (EFM) in Berlin. Vincente said there were “only a few markets left to be sold”.

Previous deals have been agreed in Australia & NZ (Madman), Japan (Open Sesame/Alcine), Taiwan (Sky Dig), Hong Kong (Edko), France and Spain (Canal+) where the film has been scheduled to release along with UK (Dogwoof) in March 2015.

Dior and I brings the viewer inside the storied world of the Christian Dior fashion house with a privileged, behind-the-scenes look at the creation of Raf Simons’ first haute couture collection as its new artistic director - a true labor of love created by a dedicated group of collaborators.

Melding the everyday, pressure-filled components of fashion with mysterious echoes from the iconic brand’s past, the film is also a colorful homage to the seamstresses who serve Simons’ vision.

Along with Dior and I, Dogwoof Global comes to EFM with a slate of titles from the Sundance Film Festival, including Michael Heineman’s Cartel Land, which won the Directing Award for US Documentary and Cinematography Special Jury Award for US Documentary; Kim Longinotto’s Dreamcatcher winner of Directing Award for World Cinema Documentary; Jerry Rothwell’s How To Change the World which took the Special Jury Award for Editing in World Cinema, and Mor Loushy’s Censored Voices which will have its European premiere in Berlin Panorama.