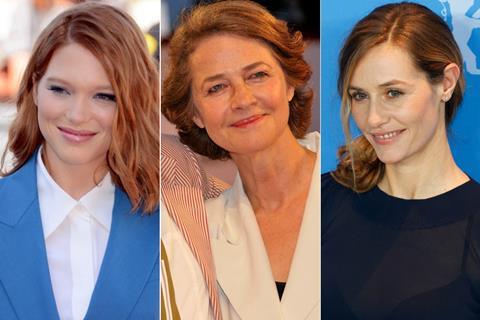 The Paris-based sales company is launching pre-sales on the production at the Pre-Cannes Screenings next week.

Written by des Pallières and Christelle Berthevas, the drama is inspired by the infamous late 19th-century La Pitié Salêpetrière women-only mental asylum in Paris, which interned up to 4,500 women, many against their will. It unfolds against the backdrop of one of its annual costume balls to which Parisian society would flock to witness the spectacle of patients dressed in extravagant costumes. Seydoux will play a woman who has entered the institution voluntarily, with the secret goal of locating her mother and facilitating her escape.

The feature is produced by Philippe Rousselet and Jonathan Blumental at Paris-based Prelude, which has credits including Michel Hazanavicius’ The Lost Prince starring Omar Sy. Rousselet’s credits via his Vendôme Films include CODA, which was acquired by Apple in Sundance for a record $25m, and French hit La Famille Bélier.

“The film will make visible all women, their ordinary life and condition,” said des Pallières. “These women live together in a place that allows them to escape from the gaze of men. The men will disappear. No men will be seen until the evening of the ball.”

“Party Of Fools is a story of female solidarity. A portrait of women who dream of a destiny other than the one mapped out for them. These modern heroines, living in a forced community, will stand together against a society where patriarchy is still omnipotent,” explains Elle Driver managing director Adeline Fontan Tessaur.

Seydoux will be at Cannes this year in three Palme d’Or contenders: France, The French Dispatch (in which De France also stars) and The Story Of My Wife as well as Deception, which debuts in the new Cannes Première section. Rampling will also be in attendance in Palme d’Or contenders Everything Went Fine and Benedetta.