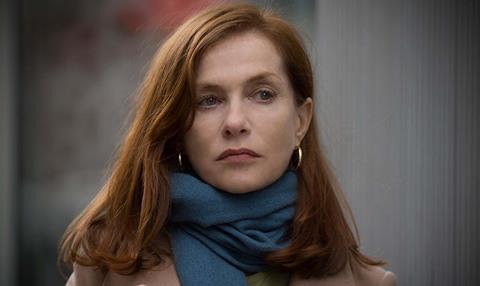 France’s Academy of Cinema Arts and Sciences has unveiled the nominations for this year’s César Awards.

The nominations were revealed at the César’s traditional press conference held at Le Fouquet’s restaurant on the Champs-Elysées on Wednesday morning (Jan 25).

The nominations for Elle follow its double win at the Golden Globes earlier this month where it clinched best foreign language film as well as best actress for Isabelle Huppert, who is also in the frame for an Oscar in the same category having made it onto the nominations shortlist on Tuesday.

It marks the French actress’s 16th César nomination although she has only won once, in 1996 for her performance as a murderous post-mistress in Claude Chabrol’s crime drama La Cérémonie.

At the Césars, Huppert goes head-to-head with Oscar-winning Marion Cotillard (From The Land Of The Moon) and rising Belgian actress Virginie Efira (In Bed With Victoria) as well as Danish actress Sidse Babett Knudsen for her performance as a medical whistleblower in 150 Milligrams

Bruno Dumont’s quirky whodunit set on a beach in Northern France in 1910 was nominated in nine categories including best film and best director. Fabrice Luchini was nominated in the best actor category for his performance as an eccentric, upper-class family patriarch in the film. He goes head to head with Frantz star Pierre Niney.

In other categories, Oscar hopeful Toni Erdmann was nominated in the foreign language section alongside Baccalaureat, The Unknown Girl, Manchester By The Sea, I Daniel Blake and Until The End Of The World.

The best animated film category also featured two Oscar nominees My Life As A Zucchini and The Red Turtle which are in the running alongside The Girl Without Hands.

Italian filmmaker Gianfranco Rosi’s Franco-Italian co-production Fire At Sea – which is also nominated for an Oscar - made it into the documentary category alongside Bertrand Tavernier’s A Journey Through French Cinema.

The awards have been overshadowed by controversy this year after Roman Polanski turned down an offer to preside over the 42nd edition of the event following a public outcry.

Alongside calls for a boycott, a petition demanding his removal from the role drew some 60,000 signatures.

A number of women’s rights groups had called for a demonstration outside the ceremony, which is due to take place in the Salle Pleyel concert hall in central Paris this year, rather than its traditional home of the Theatre du Chatelet.

César chief and film producer Alain Terzian defended his decision to honour Polanski with the role of president at this morning’s press conference.

“He has decided not to accept the invitation and that’s that,” Terzian told the conference.

“He was an obvious choice. He is a major figure in world cinema and recognised as such,” he continued. “That is the focus we’re supposed to have, the focus on the artists and their work, and that’s what we had. I respect all the comments but I won’t associate myself with any polemic.”

It was a good year, however, for female filmmakers.

Four of the seven nominees in the best film category were directed by women including the Cannes Caméra d’Or-winning Divines by first-time feature director Houda Benyamina, who also made it into the best director category.

The film’s lead actress Oulaya Amamra was also nominated for best female newcomer alongside Frantz co-star Paul Beer and Lily-Rose Depp for her performance in The Dancer.

The nominations for Divines may be seen as vindication by both Benyamina and her producer Marc-Benoit Créancier who complained they had been snubbed by France’s Oscar Foreign Language submission committee during the selection process last year.

Justine Triet’s In Bed With Victoria, starring Efira as a lawyer struggling to juggle her work and personal life, marks a rare comedy to make it into the best film category.

Founded in 1976, the César academy gathers more than 4,000 members from across the French film industry and is the second biggest such body after AMPAS (which decides the Oscars).

A total of 4,287 cinema professionals vote for the Césars. They had until midnight on Tuesday to cast their votes.