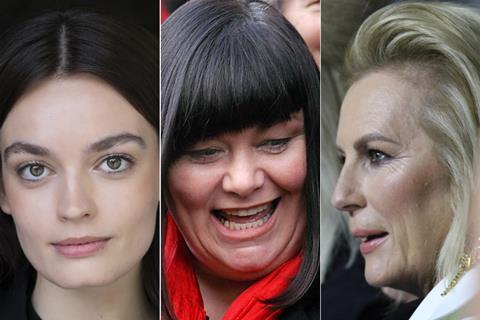 Sex Education breakout star Emma Mackey and comedy duo Dawn French and Jennifer Saunders are among the new cast members to join Kenneth Branagh’s Agatha Christie adaptation Death On The Nile for 20th Century Fox. It started shooting on Tuesday (October) 1) at the UK’s Longcross Studios and on location in Egypt.

Also new to the cast are the UK’s Rose Leslie and Sophie Okonedo.

Mackey was named a Screen Star of Tomorrow earlier this year, while Wright was selected as one in 2012.

Death On The Nile is produced by the estate of Agatha Christie and Fox and is one of the first titles made by the latter since its merger with Disney was completed earlier this year. It will be released on October 9, 2020. Fox will distribute in the US, with Walt Disney Studios Motion Pictures International handling select territories including Argentina, the Netherlands, and Singapore.

Branagh reprises the role of Hercule Poirot, the Belgian detective he first played in 2017 release Murder On The Orient Express, which he also directed. This time the adventure takes place aboard a glamorous river steamer when a honeymoon is shattered by violent deaths.

The screenplay is again adapted from Christie’s novel by Michael Green, and again produced by Branagh with Ridley Scott, Mark Gordon, Simon Kinberg and Judy Hofflund, with Matthew Jenkins and James Prichard as executive producers.