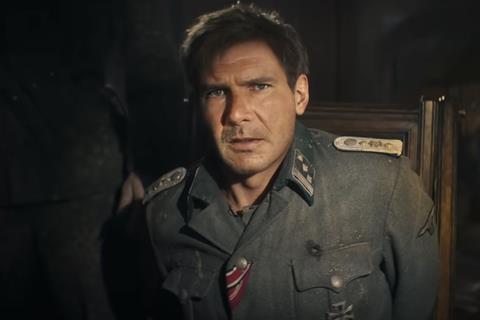 ‘Indiana Jones And The Dial Of Destiny’

The fifth Indiana Jones instalment heading to cinemas on June 30 2023 is called Indiana Jones And The Dial Of Destiny, Disney/Lucasfilm announced on Thursday as they released a trailer and first-look pictures of a “de-aged” Harrison Ford.

Director James Mangold and the effects team have rejuvenated Ford as the intrepid explorer for the opening scene, which is understood to take place in 1944 less than a decade after events in franchise opener Raiders Of The Lost Ark.

The remainder of the film occurs in the late 1960s and Ford appears as himself. The 80-year-old actor – who was 39 when Raiders opened in 1981 – recently told fans at the D23 convention in September that the story will “kick your ass”. He has said this will be his last outing as Jones.