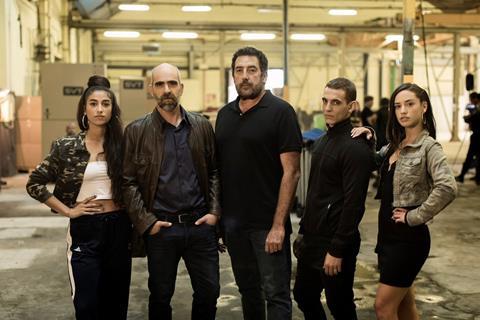 The company will introduce the film to buyers at next month’s online Marché du Film, of which Screen exclusively revealed details last week.

The film is scheduled for a wide theatrical release through Universal in Spain on August 28. Spain’s cinemas have been allowed to reopen since phase two of the country’s coronavirus transition plan began on May 25.

However, few cinemas are expected to reopen before an increase in allowed capacity in phase three from June 8. Any reopening plans have to be approved on a province level.

Sky High centres on Angel (Herrán), a young man who yearns to leave his poverty-stricken past behind and win the heart of Estrella, the love of his life. Luis Tosar and Carolina Yuste co-star alongside Herrán, with the script by Jorge Guerricaechevarría.

Borja Pena and Emma Lustres of Vaca Films produce, in association with France’s Playtime, with the participation of RTVE, TeleMadrid, Movistar, Canal+ France, and the support of ICAA.