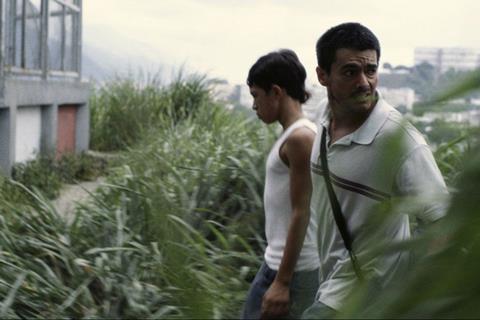 “I am so delighted to be working with Michael Rosenberg and Film Movement again,” said Celluloid Dreams Vice-President Charlotte Mickie.

“Film Movement has developed a top-notch reputation for bringing world cinema to the North American market-place in a very classy and contemporary way, finding new audiences and pleasing the traditional demographic.”

La Familia, which world premiered in Cannes Critics’ Week last year, is about a father and son who come together when are forced to flee a tough urban suburb in Caracas after the latter seriously injures another boy in a rough game on the streets.

It is produced by La Pandilla Producciones, in coproduction with Cine Cercano, Factor RH, Avila Films and DHF.

The Sower revolves around a group of women left to fend for themselves in a small hamlet in France in 1851 after all its male inhabitants are rounded up by Louis-Napoleon Bonaparte’s troops.

The women make a pact that if a man does appear he will be shared among them all to sire children for the good of the future of the community. It was produced by Sylvie Pialat at Les Films du Worso.

“On our side we are delighted to introduce these two movies to North America—they are very different from each other–and we love that diversity—but both share the strong narratives and impressive cinematic rigour that we target, as do our audiences, » said Michael Rosenberg.