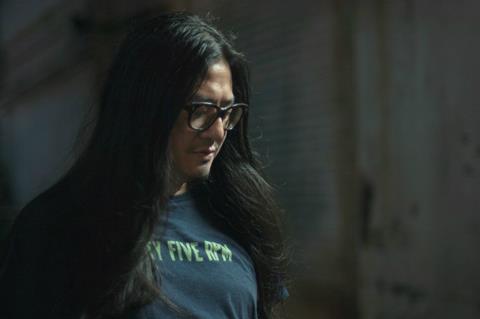 Hong Kong-based Sun Entertainment Culture (SUNEC) is making a push into international content with a slate of three projects, including a Japanese-language series to be directed by Wing Shya and two English-language features – suspense thriller A Perfect Family and $120m sci-fi epic Inversion.

Entitled Shiseishi: The Tattoo Master, Shya’s neo-noir series is being produced in collaboration with the team behind popular Japanese drama Midnight Diner. Each episode will follow the tattoo master as he works with a different client.

One of Asia’s leading photographers, who also co-directed Fox-backed 2010 hit Hot Summer Nights, Shya said he plans to bring sci-fi and supernatural elements to the story. “In each episode, the tattoo master is transported to other dimensions where he finds inspiration for his designs,” Shya told Screen.

SUNEC is in talks with other investors and platforms on the series, which is scheduled to start shooting in Japan in November for release in the second half of next year. Further seasons are planned to shoot in other parts of Asia including Thailand, Cambodia, Vietnam and Hong Kong.

SUNEC is also investing in A Perfect Family and Inversion as part of its new strategy to “provide high-quality entertainment contents for worldwide audiences”, in addition to its existing production slate of China-focused films.

Scheduled to start shooting in the US state of Georgia in May, A Perfect Family is a US-Hong Kong collaboration produced by Belle Avery (The Meg), Shaun Redick (Get Out) and Randy Greenberg (The Meg). The film follows two FBI agents assigned to investigate the disappearance of a priest.

Produced by Markus Barmettler and Philip Lee, Inversion was first announced in 2016, before Sun was involved, and now has Mark Waters (Mean Girls, Mr Popper’s Penguins) on board to direct. Production is scheduled to start this summer in the US, UK, India, China and Hong Kong.

Scripted by Li Wei (Shadow), the film follows a young Chinese physicist and US conman as they race to save the world from an inversion of gravity. Chinese actress Yang Cai Yu (Youth) is set to star.