FilmNation sold out international on 'Late Night' before Sundance (exclusive) 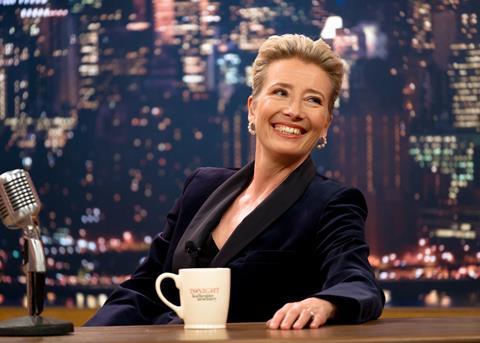 FilmNation sold out international territories on Late Night before the Emma Thompson-Mindy Kaling crowd-pleaser premiered at Sundance and triggered a marquee $13m US deal with Amazon Studios, Screendaily has learned.

Nisha Ganatra directed the feature from a screenplay by Kaling about an out-of-touch veteran talk show host facing the axe who hires her first female writer in a nod to diversity and a bid to save the show. In the end the women have a profound impact on each other’s lives.

FilmNation, with whom Amazon Studios has collaborated for several years, financed the feature with 30WEST. CAA Media Finance and 30WEST negotiated the US deal with Amazon Studios on behalf of the filmmakers.