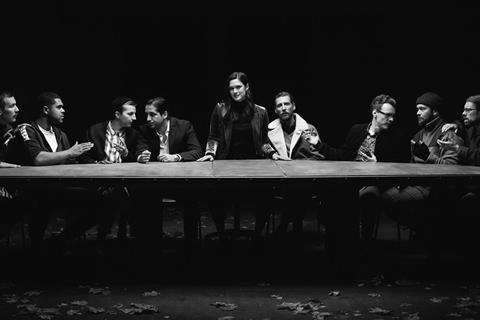 Series one of the show, which consists of eight 30-minute episodes, received the prize for best series, as well as best performance for Pekka Strang.

Shot in black-and-white, Mister8 is a modern neo-noir about a CEO of a family business who has eight different spouses, but then falls in love with a new man in town.

Created by Nikki and Poso, it is written by Nikki, Vesa Virtanen and Anteo Jokinen, directed by Nikki, and produced by Poso for Finland’s It’s Alive Films.

Nikki and Poso previously collaborated on Finnish feature The Blind Man Who Did Not Want To See Titanic, which won the audience award in Horizons at Venice Film Festival last month.

The Grand Prix was awarded to German series The Allegation, a legal drama inspired by the country’s Worm Trials, a 300-day trial running from 1994 to 1997 which saw 25 defendants accused of child abuse.