EXCLUSIVE: First edition of Brussels Coproduction Forum to run during Be Film Festival. 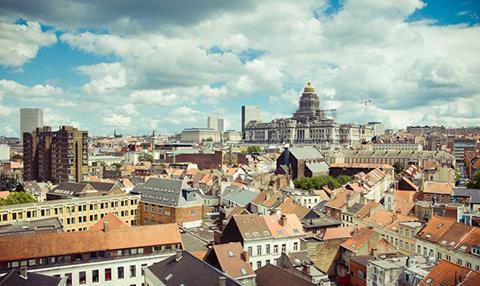 As Belgium looks to ramp up inward investment, a new European co-production market is being launched in Brussels.

The inaugural Brussels Co-production Forum will will take place December 22-23 in the Belgian capital as part of the Be Film Festival in partnership with Bozar (centre for fine arts) and Screen Brussels.

The event is likely to attract international producers looking to take advantage of the Belgian tax shelter and to work with Belgian minority co-production partners.

Financiers such as Brussels Invest & Export and BNP Fortis as well as prominent local producers (among them Artemis Productions) are expected to attend.

Producers whose projects are chosen will be able to pitch to Belgian producers, funding partners, TV producers, and distributors. All their expenses (including transport, hotel and accreditation) will be paid for. They will also have one on one meetings with potential partners. The working language of Brussels Co-production Forum will be English.

This is intended as a compact event with a maximum of eight fiction projects selected. They must all have completed scripts and should be at least 70 minutes long.

Initially, the new co-production event will be open to producers from the member countries of the Creative Europe Programme (European Union as well as Albania, Bosnia Herzegovina, Iceland, Georgia, Moldova, Montenegro, Norway and Turkey).

However, Nabil Aniss, Co-production Forum co-ordinator and Be Film Festival production director, has confirmed to Screen that future editions of the Fourm may invite applicants from beyond Europe.

The fact that the event is so close to Christmas may make it difficult for producers from far afield to attend but, Aniss points out, there are few other rival events at this time of the year.

Aniss is promising “a friendly event” and one at which producers can potentially access up to 30 or 40% of their production budgets. “I am planning to make it fun for the producers,” he commented of an event that is likely to give visitors the chance to “discover Brussels.”

The line-up will be announced later in the autumn.