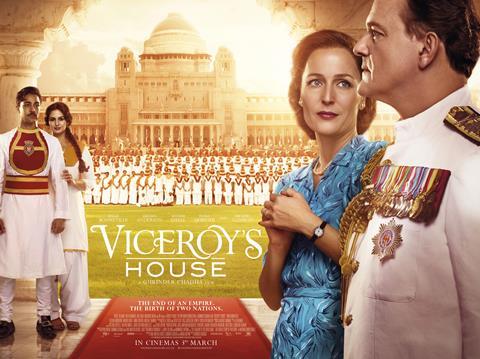 The official trailer for Viceroy’s House, the latest film from Bend It Like Beckham director Gurinder Chadha, has been released.

Watch it below or click HERE to watch on mobile.

The film depicts the final few months of British rule in India and its release will coincide with the 70th Anniversary of the Independence of India and the founding of Pakistan.

The Indian and Pakistani cast is led by Manish Dayal, Huma Qureshi and Om Puri.

The film is a Pathé, Reliance, BBC Films, Ingenious and BFI presentation of a Bend It Films/Deepak Nayar Production in association with the FilmVast and Filmgate Films.