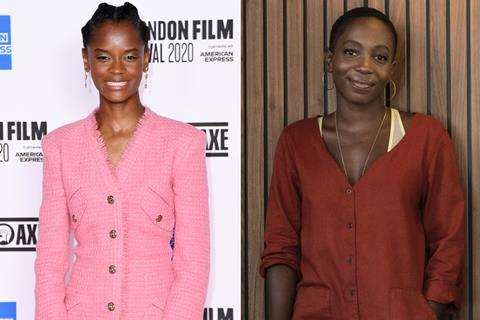 Andrea Seigel adapted the screenplay from Marjorie Wallace’s novel The Silent Twins, about June and Jennifer Gibbons, identical twins from the only Black family in Wales in the 1970s who dealt with a hostile community by only communicating with each other.

The sisters retreated into a fantasy world of artistic inspiration and adolescent desires, writing fiction and embarking on a vandalism spree inspired by an American boy they idolised, before they were sent to Broadmoor psychiatric hospital and faced with a devastating choice.

Wright and Lawrance, who made it on to the BIFA 2020 most promising newcomer longlist for her performance in Kindred, play the twins. Both were previously named Screen Stars of Tomorrow, in 2012 and 2018 respectively.

Kindred Spirit is financing Silent Twins and co-financiers are Polish Film Institute, Moderator Inwestycje, and Cofiloisir. 30West arranged the financing and represented US rights. Simon Goldberg and Razwana Akram at SMB at SMB, Brian Kilb at Eisner and Tomasz Przybecki negotiated the deal with Focus.