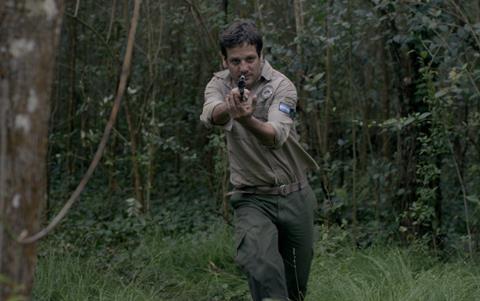 Directed by Francisco D’Eufemia, the film follows a forest ranger on the trail of a group of poachers in a national park, whose motives soon become open to question.

The film is part of a rapidly-expanding slate at Fortissimo, which was revived two years ago following its acquisition by China’s Hehe Pictures.

The Amsterdam-based company is also handling international sales on Chinese drama The Fourth Wall, which won the Bronze Pyramid Award, for a first or second work, at this year’s Cairo International Film Festival.

Co-directed by Zhang Chong and Zhang Bo, the film follows a woman leading a mundane life on a farm who becomes convinced of a parallel existence. Fortissimo is also selling Zhang Chong’s debut feature Super Me, which had its world premiere at this year’s Sitges International Fantastic Film Festival.

Two other Fortissimo titles – Russian filmmaker Natalya Nazarvoa’s The Pencil and Turkish director Ali Aydin’s Chronology – have also been travelling on the autumn festival circuit. The Pencil premiered at Russia’s Okno Filmfest, where it won the critics award and a special jury award, before playing in Cairo and China’s Golden Rooster Film Festival.