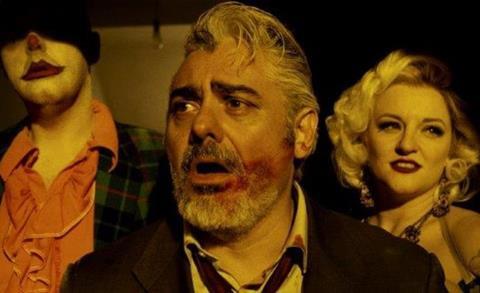 Film4 FrightFest is to screen a record 20 short films, 12 of them world premieres, at this year’s August 23 event in London.

World premieres include Show Pieces, comprising three tales written by Alan Moore, the writer of graphic novels including Watchmen, The League Of Extraordinary Gentlemen, From Hell, Constantine and V For Vendetta.

It marks the first time Moore has written for the screen and the short is directed by his close friend and acclaimed photographer Mitch Jenkins.

The interconnected trilogy kicks off with Act of Faith in which a young woman looking for the next step in sexual excitement finds it with unfortunate consequences. Jimmy’s End tails a serial philanderer down a dark alley into a very unusual club where the top-billed attraction is The Bad Brides and their Danse Macabre; and His Heavy Heart reveals the horrifying price paid for his adultery.

Moore will attend with Mitch Jenkins and members of the cast. Show Pieces will be screened separately in the Discovery Strand.

Also attending will be Italian writer-director Federico Zampaglione with Remember, an apocalyptic scene of devastation seen through the eyes of a young girl.

Horror Channel’s Emily Booth will present Selkie, a dark revenge fairytale which she has written, produced and stars in.
,
Other highlights include Abdullah, Evrim Ersoy’s darkly portrait of a Turkish London taxi-driver; and Vibes, a nasty take on infidelity by the Spanish Guis brothers.

The final selection, from “hundreds of submissions”, was made by FrightFest co-director Paul McEvoy and his short film programming partner Shelagh Rowan-Legg.

“Covering everything from sci-fi, horror, thriller and so much more we feel the selections will delight, shock and astound,” said McEvoy.

Full programme details can be found at www.frightfest.co.uk