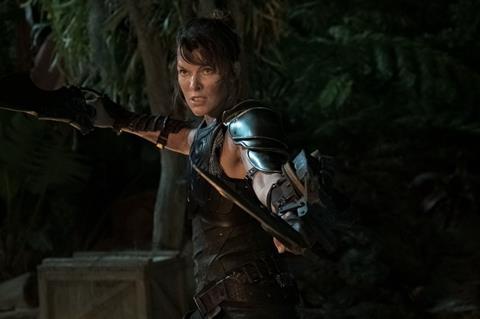 Hopes that German cinemas could be back in business from December 1 were dashed on Wednesday (November 25) after a seven hour-plus video conference between Federal chancellor Angela Merkel and the prime ministers of the 16 regional states.

In a resolution announced late in the evening the politicians agreed to an extension of Germany’s current partial lockdown through the end of December.

The so-called “lockdown light” has been in force since November 4 and was due to expire on November 30.

Under the measure, doors have closed temporarily on cultural institutions such as theatres, opera houses, concert halls, and cinemas, as well as restaurants, bars, pubs, clubs, and discos.

Wednesday’s decision to extend Germany’s nationwide lockdown came as the daily number of new infections in Germany fell to 18,633 in the last 24 hours, 1,000 fewer than a week ago. At the same time, however, the number of Coronavirus-related deaths reached a record figure of 410 in the same 24-hour period.

In recent weeks, several distributors had already postponed opening dates for releases from December to early next year amid growing speculation that the level of infection rates could lead to the lockdown being extended past the end of November.

Despite uncertainty of what the future might bring, 15 titles had been due to open on December 3, according to the release schedule published by the German trade magazine Filmecho/Filmwoche last weekend.

A week later on December 10 would have seen another 12 releases arriving in German cinemas, including the tragic love story All My Life (Universal), the family film A Gift From Bob (Leonine), and the dark action comedy Fatman (Splendid), as well as several titles through smaller arthouse distributors

The ban on cinema screenings has meant that, among other things, the 20th edition of the French Film Week in Berlin opted to go exclusively online with its workshops and film screenings from November 26-December 2.

Organisers of the 15th edition of the Around The World In 14 Films festival evidently felt the current partial lockdown was likely to be extended and had already decided to postpone their event until the lockdown was over.

The Berlin-based festival had originally planned to run from December 3-12 with such festival favourites as Jasmila Žbanić’s Quo Vadis, Aida?, and Never Gonna Snow Again from Małgorzata Szumowska and Michał Englert.

Another victim of the extended lockdown is now the FilmFestival Cottbus, which had already planned its 30th edition to run from November 3-8 as a hybrid online and physical event.

With the introduction of the partial lockdown on November 4, the Eastern European cinema showcase had decided at short notice to move the event to December 8-13 and screen its film programme in cinemas in Cottbus.

While Merkel and the state prime ministers agreed to relax restrictions on contact so that families will be able to gather during the Christmas holiday period (December 23–January 1), it remains to be seen how long the lockdown might continue in 2021.

The Max Ophüls Prize Film Festival (January 17-24) in Saarbrücken has already announced that its film programme and workshops will be held online.

Meanwhile, the international film community will be asking itself what the latest developments might mean for the staging of the next edition of the Berlinale, which at time of writing is set to run from February 11-21.

The festival has already announced that the official press conference to unveil the programme will be held in the main screening venue, the Berlinale Palast in Potsdamer Platz, on January 20.

This will be the first time the location is used for the programme press conference. The timing of the press event is much earlier than in previous years, although festival organisers are not expected to provide details of individual films’ screening dates.