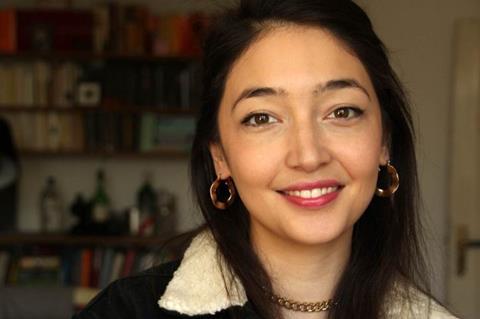 The challenges of using an ‘inclusion rider’ was the subject of a lively discussion at FIlmfestt Hamburg this month.

German director Mia Spengler described how the production of Schattenleben, a TV movie in the Tatort crime series, produced by NDR and Wüste Film, was the first German production to include this contractual stipulation requiring a certain level of diversity among the cast and crew.

In her introductory keynote, lawyer Lioba Cremer explained how she had worked with Spengler and her agent Gabi Scheld.

“Our focus was initially to have an agreement which functioned specifically for this Tatort production, but it was also the plan to optimise it for the future when it could perhaps become a standard for industry.“

The overarching goal was to open up film and TV production to underrepresented groups, but if the intended percentages were not reached, the production company and broadcaster would commit to at least offer training possibilities for people coming from these particular groups.

Cremer explained the film’s crew and producer worked together on establishing whether the required percentages had been attained, but it was not always that easy to obtain very sensitive data such as race, ethnic origin, sexual identity or existence of a disability.

Asking for such information was “not without problems“ from the point of view of of labour and data protection law.

Turning to her motivation for making the inclusion rider a condition for taking on the directing of Schattenleben, Spengler said there had been “triggering experiences“ in her career that have made me realise that certain abuses in the industry cannot be dismissed out of hand”.

“I started thinking about what can be done and how to shape an industry that I could imagine working in for decades to come. That’s where the desire to tackle the status quo and contribute to improvements came from,” she said.

Spengler agreed there had been “fundamental changes“ to their work on set with the introduction of the inclusion rider. In addition, it was agreed to establish a ‘code of conduct’ as “a guideline on how to behave or not behave on set, a guide on what to do if you are not treated properly. It led to a different atmosphere on set because you don’t have that top down feeling anymore“.

However, Spengler noted this new approach “wasn’t always easy“ in practice. She herself had ended up being the subject of an official complaint from one of the crew members

“That was very disconcerting and I was ashamed,“ she admitted. “But in the end, I’m glad that it happened because, in principle, that’s exactly what should happen, that you also have the opportunity to criticise upwards.“

At the same time, she emphasised “it’s not about denouncing people because they made a racist remark or because they touched a hip when someone walked by. It’s about learning together and rethinking common behaviour together on the set“.

Producer Björn Vosgerau of Wueste Film explained the practical challenges. “Our doors were wide open for Mia’s proposal,” he said. “We were totally open only to realise it really is a challenge when you set yourself measurable goals that must then also be achieved.”

He said that it was “a complex and lengthy process“ trying to hire people from underrepresented groups and, in so doing, turning down people one might have normally worked with.

In the event, the production wasn’t able to achieve the intended percentage of crew to be drawn from the targeted groups. “We really turned Germany upside down looking for the right people, but they just aren’t there,“ Spengler suggested.

However, broadcaster NDR agreed to top up the film’s budget so that the producers could offer an additional two internships to work on the production as one stage towards making the German film and TV industry more diverse and inclusive.